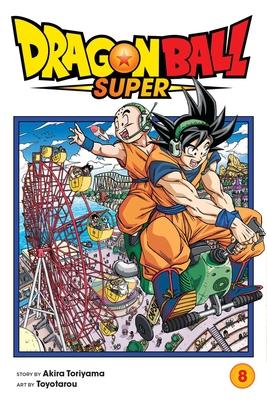 Ever since Goku became Earth’s greatest hero and gathered the seven Dragon Balls to defeat the evil Boo, his life on Earth has grown a little dull. But new threats loom overhead, and Goku and his friends will have to defend the planet once again in this continuation of Akira Toriyama’s best-selling series, Dragon Ball!

The greatest warriors from across all of the universes are gathered at the Tournament of Power. Kale, a Saiyan from Universe 6, is on a rampage that’s leading to the erasure of one universe after another. Meanwhile, Goku and the five remaining fighters from Universe 7 are still intent on surviving the battle and saving everything and everyone they know!