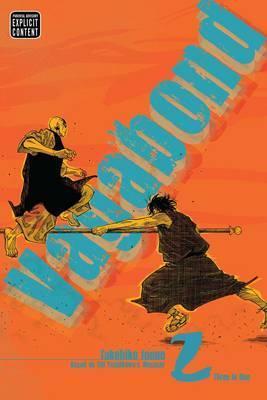 2008
5.00 Avg rating—1 Votes
Striving for enlightenment by way of the sword, Miyamoto Musashi is prepared to cut down anyone who stands in his way. Vagabond is an action-packed portrayal of the life and times of the quintessential warrior-philosopher--the most celebrated samurai of all time!

Enlightenment by Way of the Sword Real-life figure Miyamoto Musashi was the most celebrated samurai of all time. The quintessential warrior philosopher, Musashi authored A Book of Five Rings, a theoretical guide to military strategy still used today. But the path to enlightenment is an endless journey, and to get there through violent means—by way of the sword—makes mere survival an even greater challenge. Musashi sets out for Nara intent on challenging the warrior monks of legendary Hôzôin Temple. But will Musashi’s growing feelings for his childhood friend Otsû prove to be a fatal distraction in his match against In’ei, the austere master of Hôzôin’s deadly spear technique?

Takehiko Inoue’s Vagabond is loosely based on the novel Musashi, Eiji Yoshikawa’s fictional account of the life of Miyamoto Musashi. This classic samurai tale has been adapted into numerous television series and films, including an Academy Award-winning movie. In his own version, Inoue approaches the pinnacle of manga artistry with richly detailed line art and a lyrical, fast-paced narrative. An international bestseller, this must-read manga is now available in a VIZBIG Edition: three of the original graphic novel releases collected into one volume, featuring color artwork, updated text and bonus content.