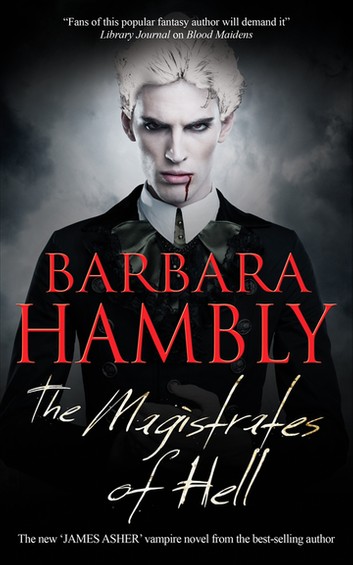 2012
5.00 Avg rating—1 Votes
The vampire hunting spy goes to China to investigate a new form of Undead lurking among Peking’s criminal underworld in this “lush and delicious read” (Publishers Weekly).

China, 1912. James Asher, his brilliant wife Lydia, and the old occultist and vampire hunter Dr. Solomon Karlebach have journeyed to the new-born Republic of China to investigate the rumor that a mindless breed of Undead known as the Others have begun to multiply in the hills west of Peking. Even vampires fear the Others, but some factions of the criminal underworld plan to turn the powerful horde into an unstoppable weapon.

Alongside his old vampire partner, Don Simon Ysidro, Asher embarks on a dangerous hunt. But meanwhile, somewhere in the city’s labyrinth, the Peking vampires—known as the Magistrates of Hell—are waiting with their own sinister agenda.

“Balancing the excitement of dangerous chases through mines full of Undead with the intellectual satisfaction of solving a political mystery, this is a lush and delicious read.” —Publishers Weekly