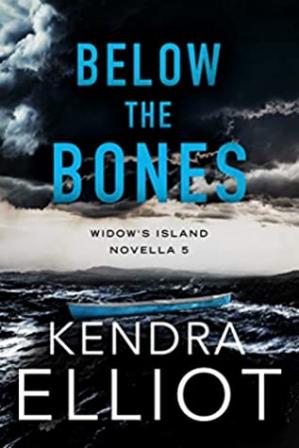 A former FBI special agent must come out of retirement to solve a murder in the fifth novella in the Widow’s Island series from Wall Street Journal bestselling author Kendra Elliot.

Former FBI special agent Cate Wilde is a new bakery and bookstore owner—and retirement is now complete with a doctor boyfriend. Although she struggles with PTSD, the sweet life she’s living is a far cry from the gruesome work she left behind six months ago.

But when skeletal remains turn up on Widow’s Island—and the MO of the killer is too familiar to Cate—the dream comes to an abrupt end. What if the case she solved eight years ago isn’t as closed as she thought? Her hometown needs her, and despite her mental health and her boyfriend’s protests, she has no choice but to return to her dangerous past life.

Soon Cate is in a desperate race to stop a cold-blooded murderer from killing again, once and for all…only this time, she’ll have so much more to lose.