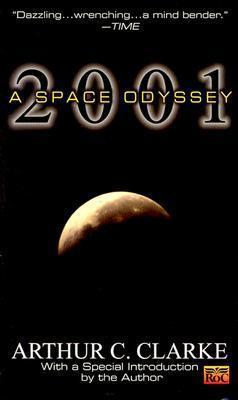 2000
5.00 Avg rating—1 Votes
The classic science fiction novel that captures and expands on the vision of Stanley Kubrick's immortal film--and changed the way we look at the stars and ourselves.

From the savannas of Africa at the dawn of mankind to the rings of Saturn as man ventures to the outer rim of our solar system, 2001: A Space Odyssey is a journey unlike any other.

This allegory about humanity's exploration of the universe--and the universe's reaction to humanity--is a hallmark achievement in storytelling that follows the crew of the spacecraft Discovery as they embark on a mission to Saturn. Their vessel is controlled by HAL 9000, an artificially intelligent supercomputer capable of the highest level of cognitive functioning that rivals--and perhaps threatens--the human mind.

Grappling with space exploration, the perils of technology, and the limits of human power, 2001: A Space Odyssey continues to be an enduring classic of cinematic scope.