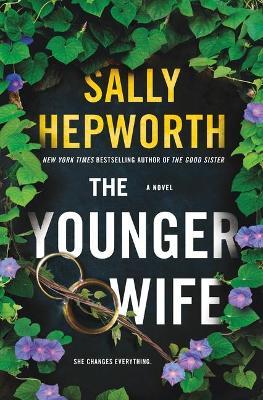 From the author of The Good Sister, the breakout New York Times bestseller and “stunningly clever thriller” (People), comes Sally Hepworth’s latest novel of domestic suspense about the tangled vines of family secrets.

THE HUSBAND
A heart surgeon at the top of his field, Stephen Aston is getting married again. But first he must divorce his current wife, even though she can no longer speak for herself.

THE DAUGHTERS
Tully and Rachel Aston look upon their father’s fiancée, Heather, as nothing but an interloper. Heather is younger than both of them. Clearly, she’s after their father’s money.

THE FORMER WIFE
With their mother in a precarious position, Tully and Rachel are determined to get to the
truth about their family’s secrets, the new wife closing in, and who their father really is.

THE YOUNGER WIFE
Heather has secrets of her own. Will getting to the truth unleash the most dangerous impulses
in all of them?

More Praise for The Younger Wife: