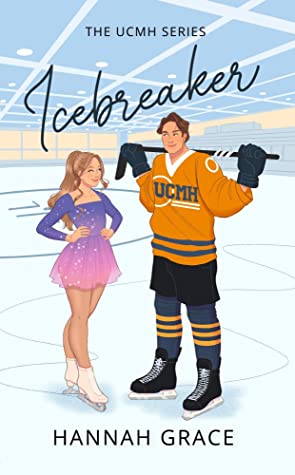 Anastasia Allen has worked her entire life for a shot at Team USA.

A competitive figure skater since she was five years old, a full college scholarship thanks to her place on the Maple Hills skating team, and a schedule that would make even the most driven person weep, Stassie comes to win.

Nathan Hawkins has never had a problem he couldn’t solve. As captain of the Maple Hills Titans, he knows the responsibility of keeping the hockey team on the ice rests on his shoulders.

When a misunderstanding results in the two teams sharing a rink, and Anastasia’s partner gets hurt in the aftermath, Nate finds himself swapping his stick for tights, and one scary coach for an even scarier one.

The pair find themselves stuck together in more ways than one, but it’s fine, because Anastasia doesn’t even like hockey players…right?